A couple of days ago, I posted this picture of a Mickey Mouse Clubhouse DVD cover that I had designed and illustrated last year. Thanks again to everyone who took time to like and comment on the post. It got me to thinking that maybe I should explain a little of what's involved in a project like this. 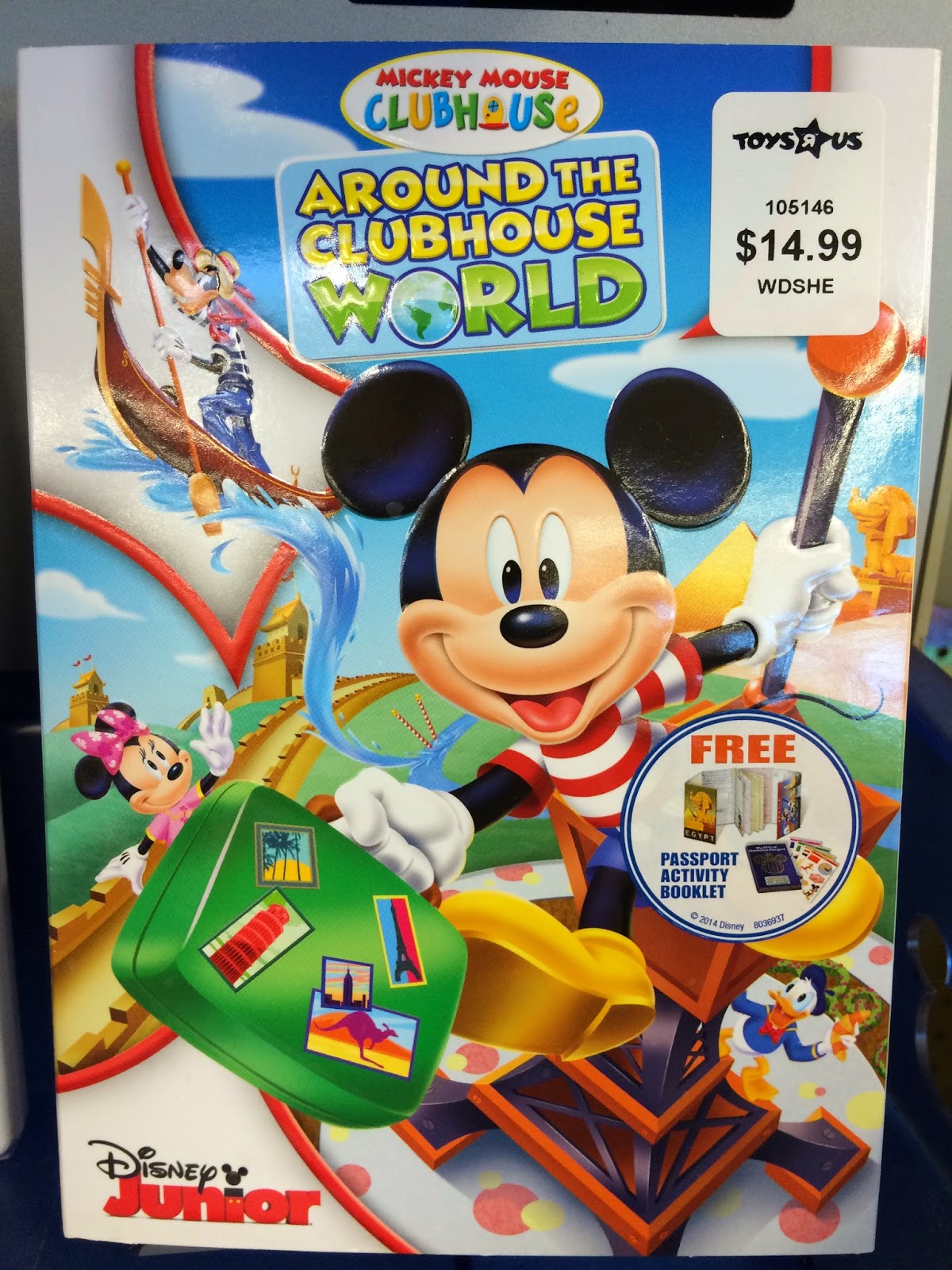 After getting assigned the job from the client (in this case Disney Home Video) and agreeing on a budget (very important) I'll start off with some concept drawings. Disney usually request three different ideas based upon the theme that they desire. For this DVD the theme was an episode of Mickey Mouse Clubhouse where the gang travels to different destinations. Disney provided me with clips from the show and reference material of what the destinations, places of interest and the general design style of the program was. After noodling around for a couple of days I send them the following ideas. 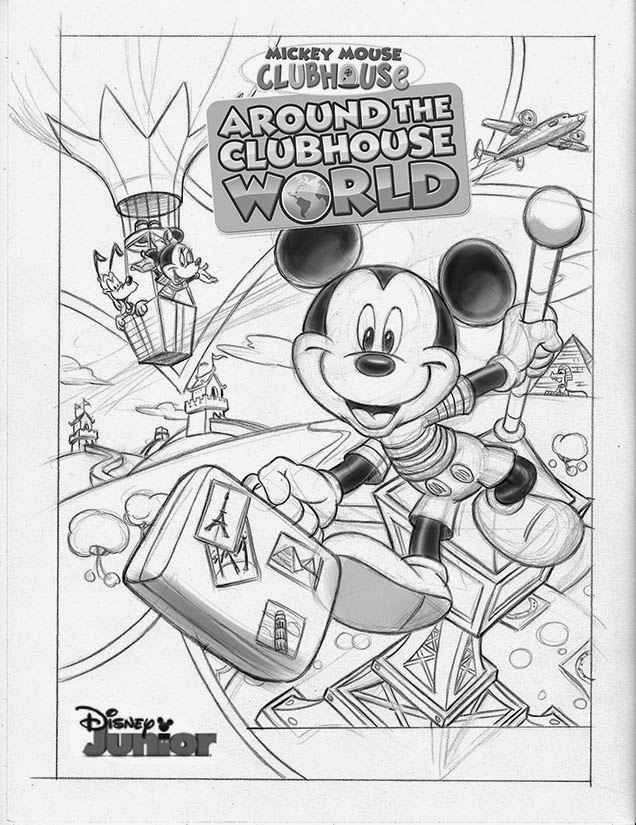 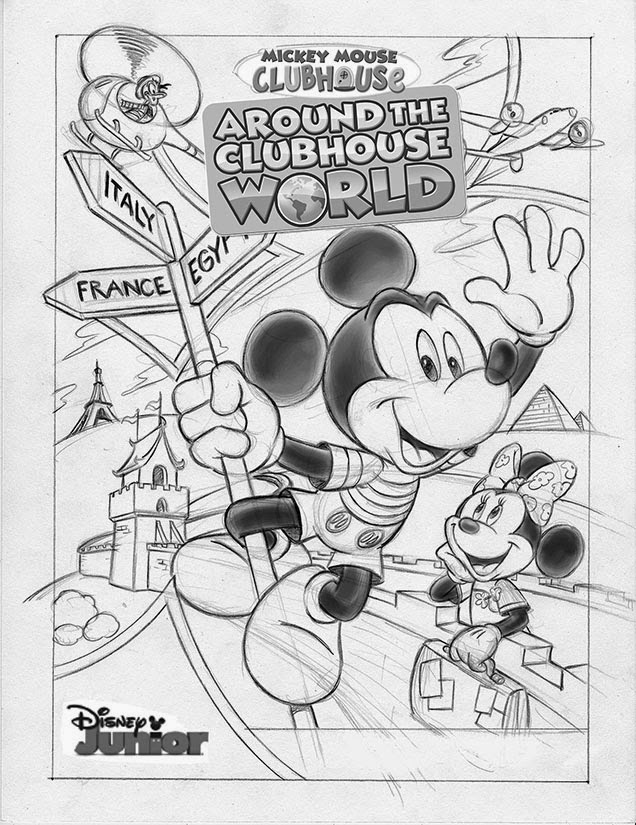 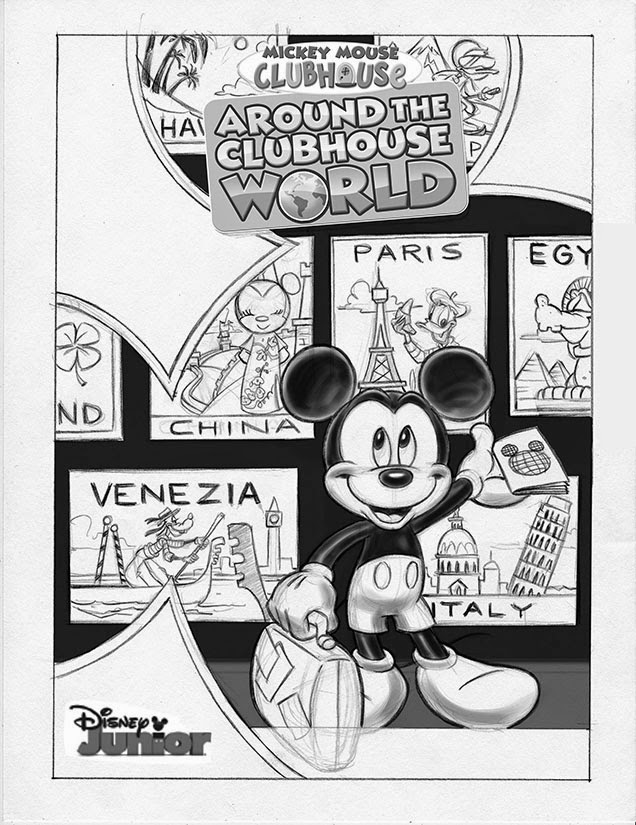 They concepts were well received and they particularly gravitated to the first one.  After a little back and forth with some suggestions and edits, Disney approved this image as the final concept and gave me the go-ahead to illustrate it. 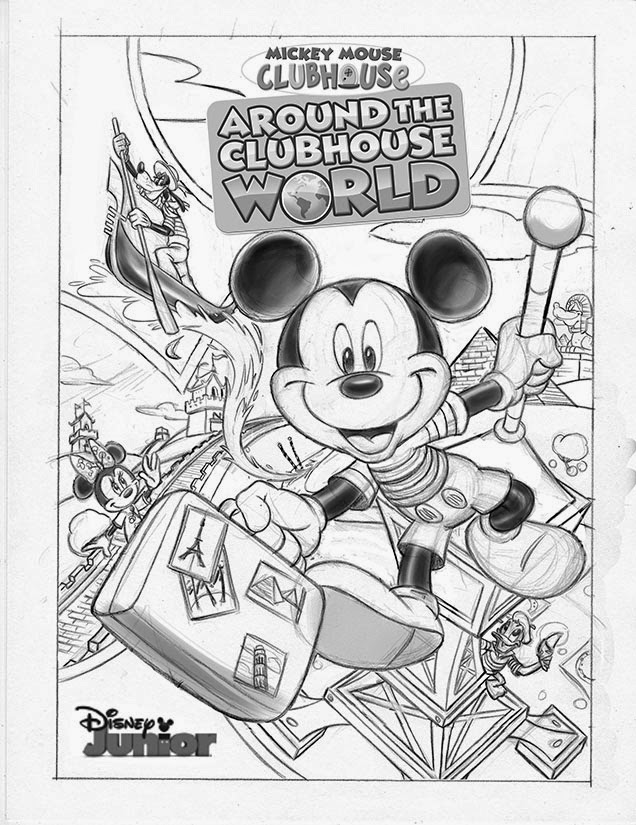 As I am illustrating, I'm specifically paying attention to the reference that they gave me regarding show style and color of the background elements like the Eiffel Tower and the gondola and tweaking things on the fly so that they will visually pop when the package is on the shelf. They also asked that I reduce the size of Mickey's cheeks as they felt that they were a little too big. In the end this next image became the final illustration. 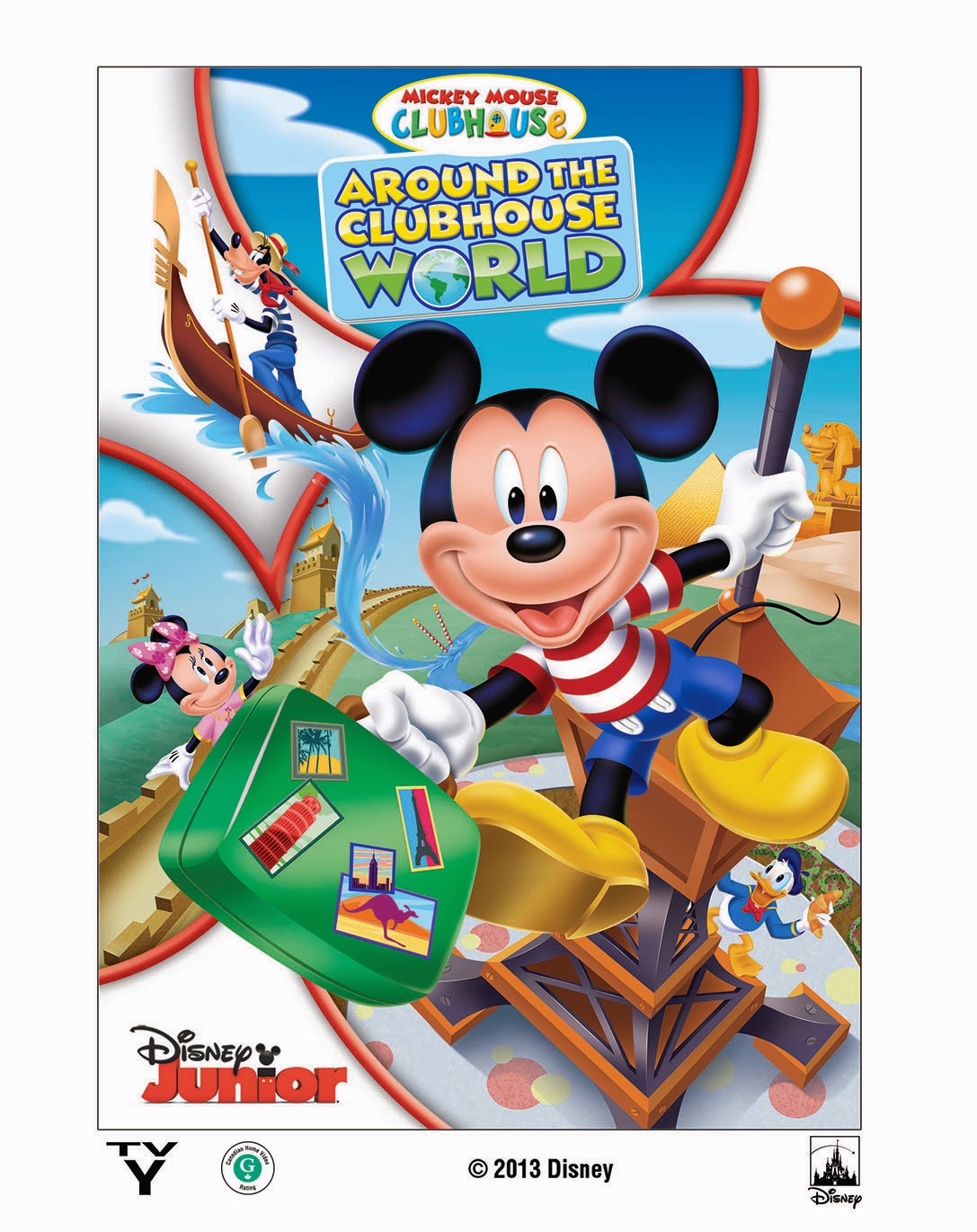 One thing Disney requests when assigning a job like this is that the artwork needs to be usable for posters as well as the DVD cover. So what you don't see here is that there is additional background that is cropped out by the Mickey Ear frame and the edges of the border. They need to have this to fit printing at the poster size. Another feature that the artwork has to have is that every character and background element has to be fully complete and on it's own separate layer so that Disney can easily isolate and extract parts of this illustration to use on other materials such as standees, flyers, other packaging, what have you. So what you have here, essentially, is a giant jig-saw puzzle with pieces that can work on their own but still need to function together seamlessly in the full image.
A wrinkle that got added to this job towards the tail end; someone at Disney really liked the idea of the vintage travel posters that I had used in one of the other concepts. They wondered if I could create postcards of the characters that mimicked the look of vintage travel posters. Those would be included as an "extra" with the purchase of the DVD.
The following is what I came up with: 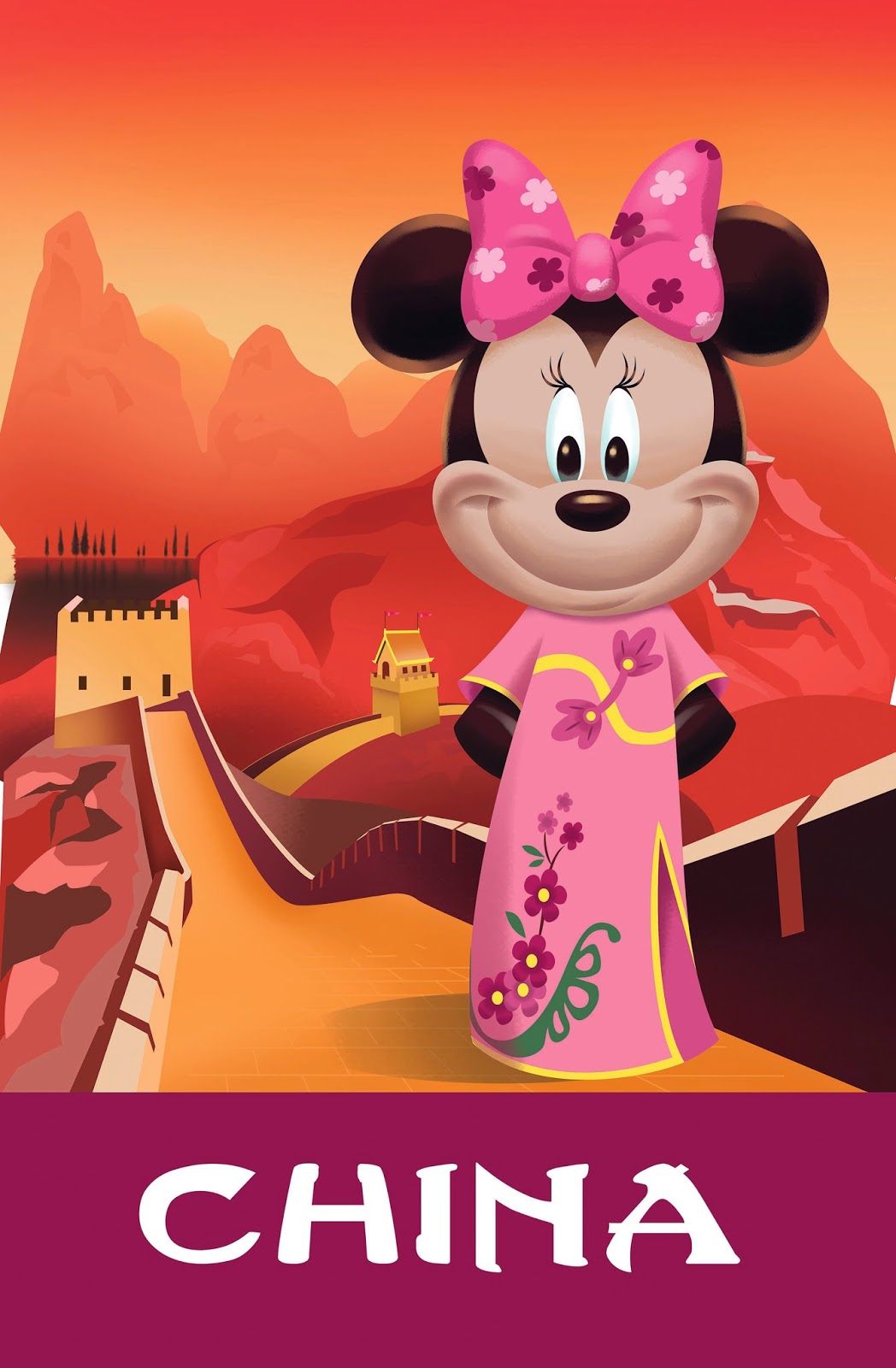 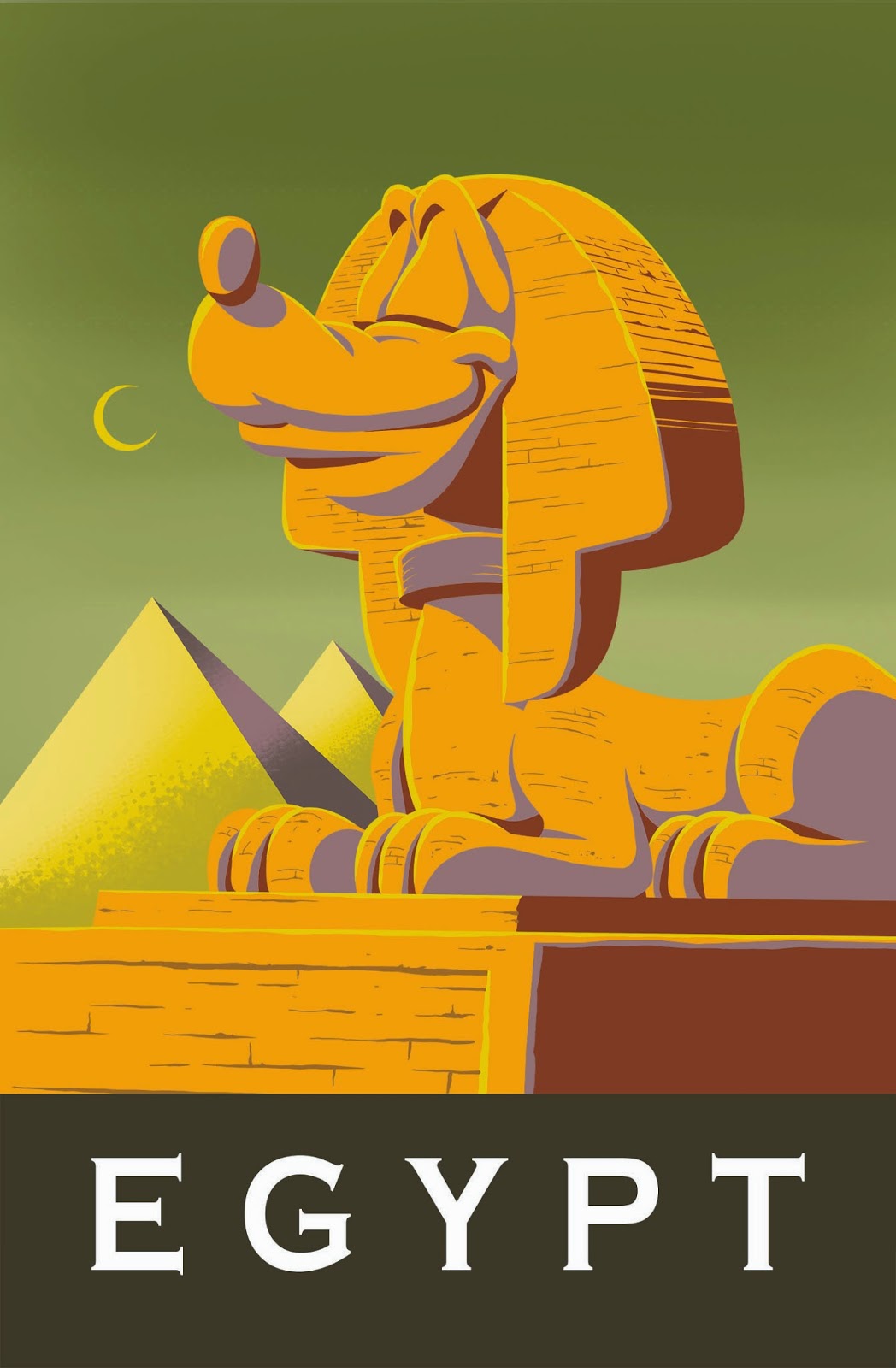 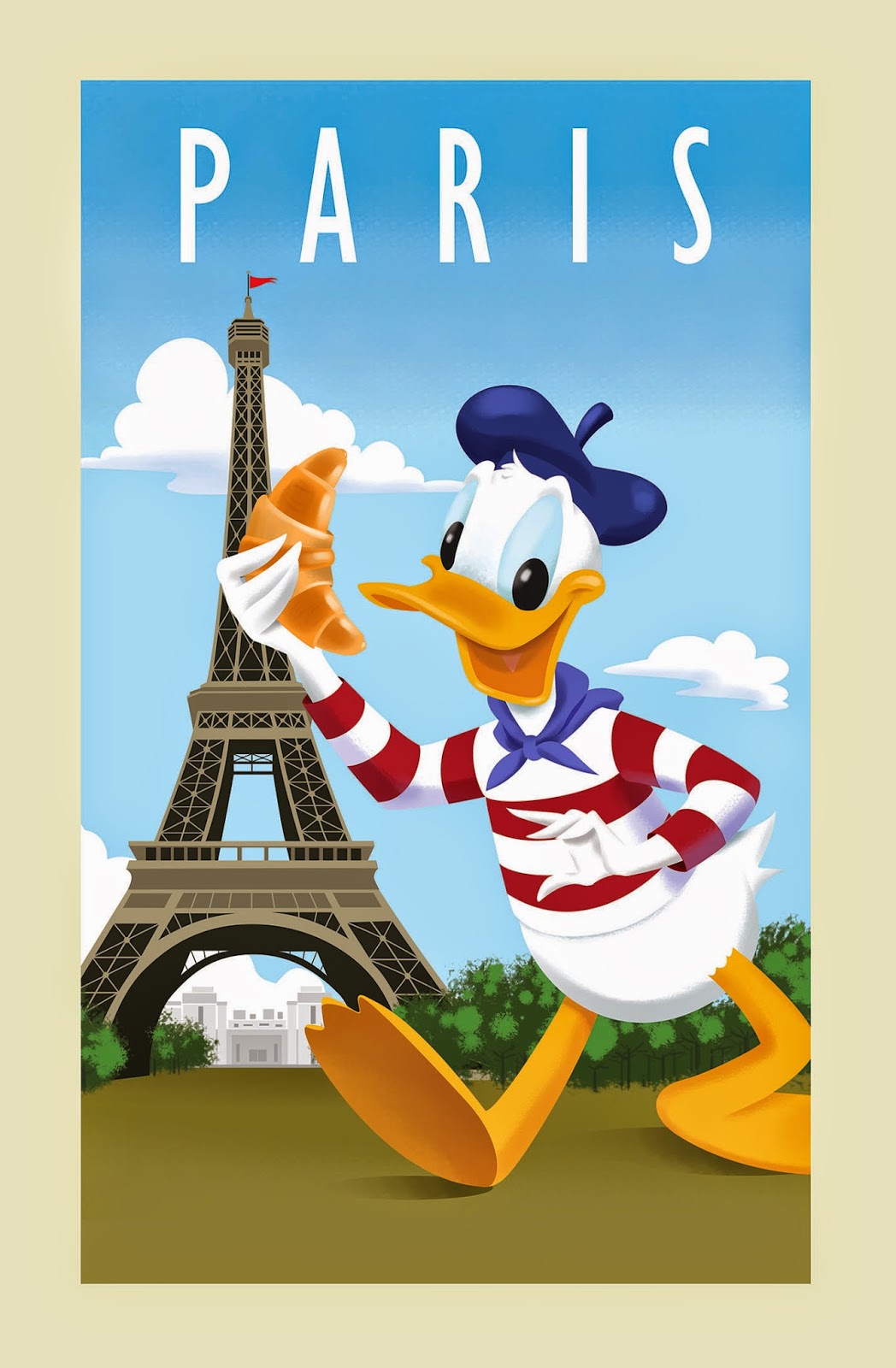 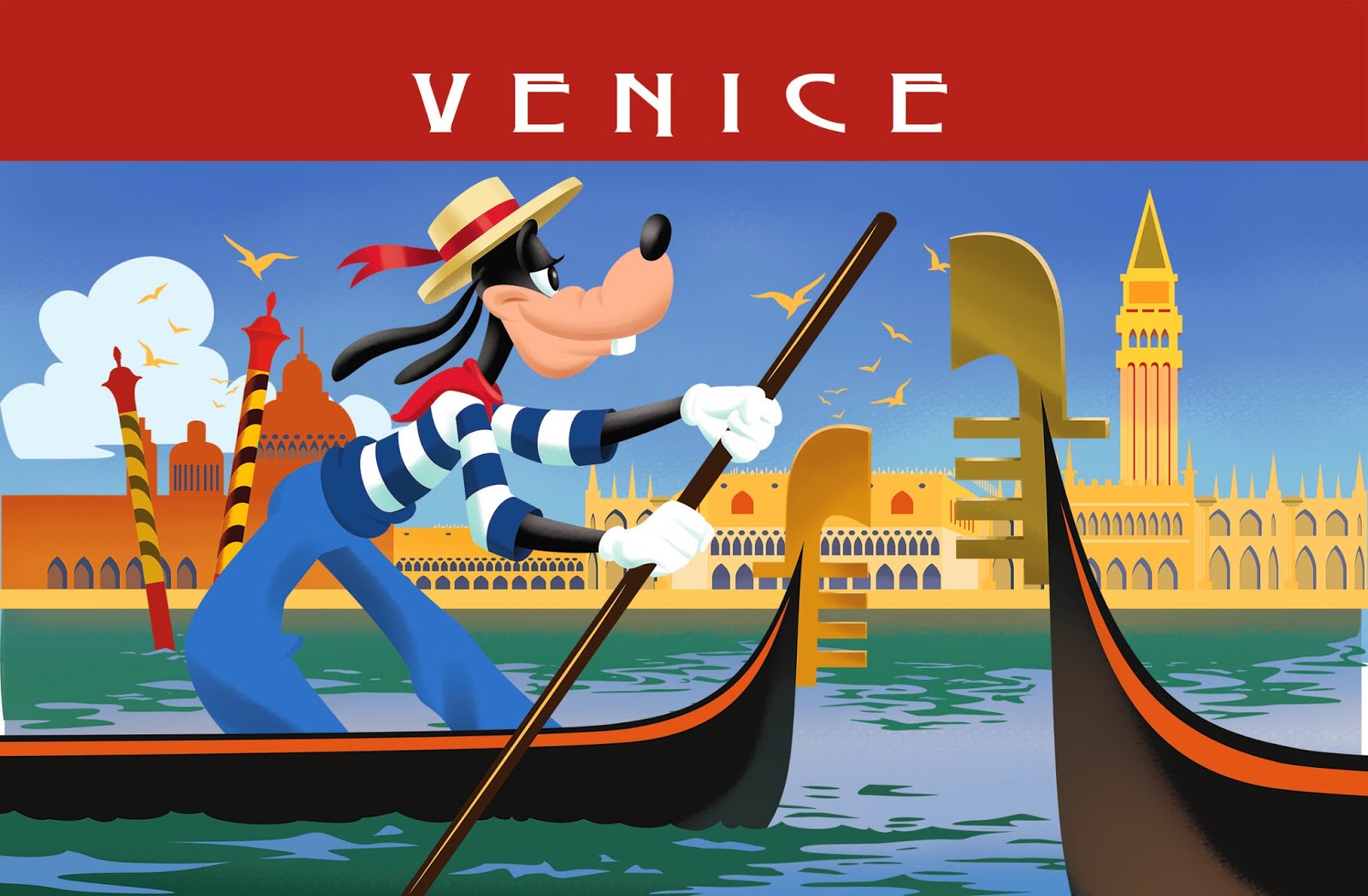 All in all it was a fun job to work on with a few twists along the way, but these things always seem to take on a life of there own. Most of the time, you're just along for the ride!